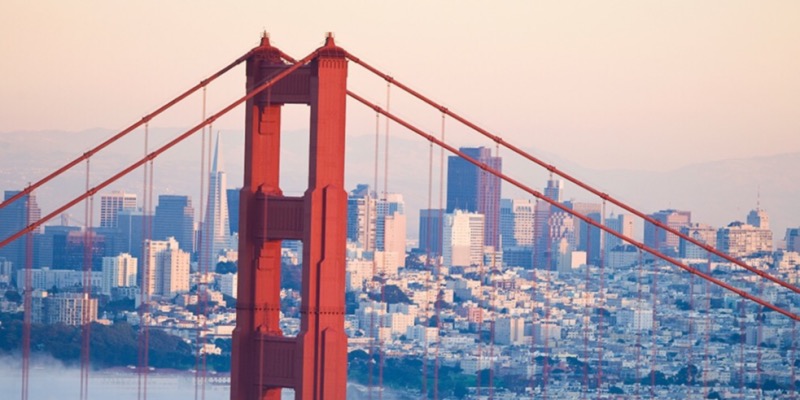 New York has made a lot of the digital age. The city hosts a thriving tech sector with 300,000 employees — on par with Silicon Valley — and city government is praised for its use of analytics in evaluating all manner of programs.

Its signature environmental initiative — PlaNYC — contains hundreds of objectives on everything from the number of breakwaters made from oysters to cubic feet of natural gas captured from sewage plants. As former mayor Michael Bloomberg would say: “In God we trust. Everyone else, bring data.”

Other innovations that put New York at the top of our list include a push for micro-apartments and affordable housing, redesigning streets to make them bike and pedestrian friendly, and pioneering the use of social impact bonds to attract private money into public projects. (Photo: Anthony Quintano/Flickr)

City government is at the center of Boston’s innovative programs. Its office of New Urban Mechanics works on pilot programs to improve the lives of its citizens. This takes the form of everything from smartphone apps to green buildings to education. A recent project matched local middle school girls with female mentors from Harvard and MIT in science workshops where they made Claymation videos and built robotic arms.

The city also has a new Innovation District that’s dedicated to entrepreneurship and is home to over 200 startups.

Boston is also leveraging the latest technology and opening it up to the public — a new site allows anyone with an Internet connection to search the city’s budget and understand where city funds are being spent.

But where Boston really succeeds is education — and not just for all those Ivy League kids. The city has a vast number of resources available to those struggling in the public school system, and its outreach has made the high school dropout rate one of the lowest in the country. (Photo: Shutterstock)

Portland, Ore., has been ahead of the innovation curve for a long time. The city created a Bicycle Plan in 1973; turned a freeway into a riverfront park in 1978 and built a light rail (instead of a new highway) in 1986. Today, it has the highest percent of bicycle commuters, over 300 miles of urban trails and one of the best park systems in the country.

Several years ago, Portland developed an aggressive export plan to grow its industry and boost the local economy. The We Build Green Cities initiative grew out of that and aims to export what Portland is best known for: its sustainability and sense of place. Through that program, three Portland firms have signed contracts to create an ecodistrict in Japan. (Photo: Jordan Siemens/Getty Images Prestige) 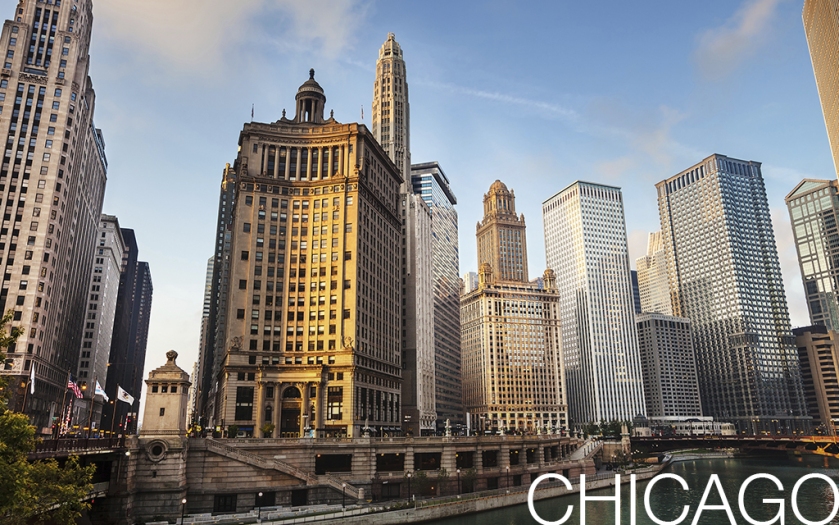 Chicago was the first city in the country to appoint a Chief Data Officer, and it’s a leader when it comes to harnessing open data as a way to improve the lives of city residents.

It’s also good at leveraging relationships. City programs like Skills for Chicagoland’s Future match the needs of businesses with unemployed workers and offer training programs with direct pathways to employment.

A partnership with the MacArthur Foundation has helped to provide more affordable housing in the city, and its Center for Neighborhood Technology has contributed to innovations on the local level, like car-sharing and energy efficiency in homes.

The city has also turned many of its alleys into small greenways, and redeveloped existing land into public parks, like the Navy Pier and The 606, a nearly three mile-long railroad. More green is on the way for this city — an infrastructure trust was established to facilitate the building and greening of buildings. (Photo: Steve Geer/Getty)

Need is often a prime driver of innovation — and Detroit needs a lot.

There’s a new land bank charged with helping get people back into the city’s thousands of abandoned homes. The land bank itself is part of a broader plan to reimagine all of Detroit’s unused space — a plan that’s won points from experts.

Start-up incubators abound, with a vibrant technology district downtown. In the city’s Midtown section, light manufacturing is making a comeback and other high-tech industries are taking hold, helped by funding from regional and national foundations. The two neighborhoods will soon be connected by a new light rail line — a collaborative work between the public and private sectors. (Photo: Shutterstock)

June saw the opening of a new light rail line between Minneapolis and St. Paul. Experts from around the country praised it as an example of transportation infrastructure done right — it integrated the needs of the affected communities and used the new line to drive economic development.

San Francisco residents have long lives, high incomes and are well-educated. With a host of educational and economic initiatives available to residents, life in the City by the Bay is likely to keep getting better.

Residents enjoy plenty of green spaces due to programs like Pavement to Parks, which turns underused areas of land into pedestrian spaces. There’s also a ton of farmer’s markets, a composting program and city-supported urban gardens.

The city has the country’s highest minimum wage, a city-funded college savings program for kids and a public housing system that focuses on not just building places to live but revitalizing communities at the same time. (Photo: Noah Clayton/Getty Images) 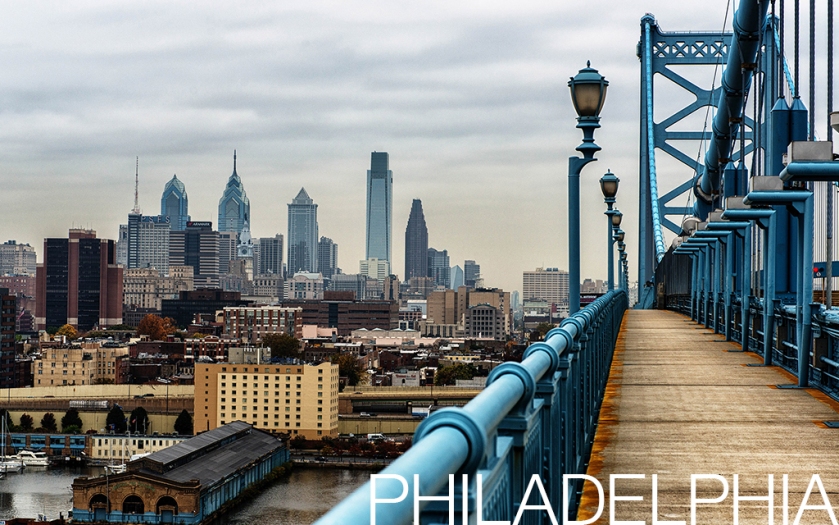 Mayor Michael Nutter set out to make Philadelphia the greenest city in America by 2015. While the title is likely to be hotly contested, the city has made some serious strides, including improving air quality, diverting waste from landfills, and increasing access to farmer’s markets.

On top of that, the “Green City, Clean Waters” initiative is a 25-year plan to reduce stormwater pollution and sewer overflows through stormwater fees, retrofits, new street designs and green infrastructure. It will ultimately improve efficiency (and save money).

Philadelphia also created a land bank in 2013 that will be up and running next year. This aims to clean up blighted neighborhoods by acquiring, maintaining and selling the city’s 40,000 vacant and derelict lots. By streamlining the process, the city will be able to make sure the property is responsibly developed for things like affordable housing, community space and local businesses. (Photo: Garen M./Flickr)

She rewrote the city’s zoning code, which hadn’t changed in half a century, promoting more pedestrian-friendly walkways and installing the city’s first bike-share program. The city has also poured resources into early childhood education, and the initiatives seem to be working: Preschool attendance improved by 10% between 2007 and 2012.

With stream corridors that double as public parks and green living initiatives, the city is leading the way when it comes to going green. Its residents and businesses are a big part of the success: Their use of solar and wind power helped the city win first place in the the EPA’s green power competition for the third year in a row. (Photo: Shutterstock)

The city gets props for its Sustainable Cleveland program — a city-wide effort to promote energy efficiency, renewable energy, clean air and green space.

Its food policies are particularly noteworthy, including the adoption of a mobile farmer’s market and extra food stamp benefits for those who shop at green markets.

The city also launched one of the nation’s first rapid bus transit programs. An idea borrowed from the developing world, buses get their own lane and can theoretically transport people nearly as fast as a subway for a fraction of the cost.

There’s a plan afoot to turn 100 miles of old street car lines into protected bike paths, a data-driven approach to identify and rehabilitate abandoned properties, and a local content initiative aimed at getting the city’s big organizations to source products from local businesses. (Photo: Erik Drost/Flickr) 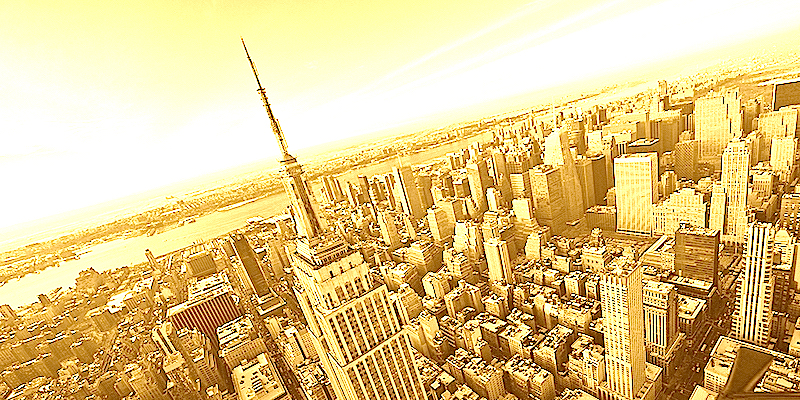 From technology and infrastructure, to job creation and sustainability, these 10 cities are leading the pack when it comes to creatively solving urban issues.

The most innovative cities in America.