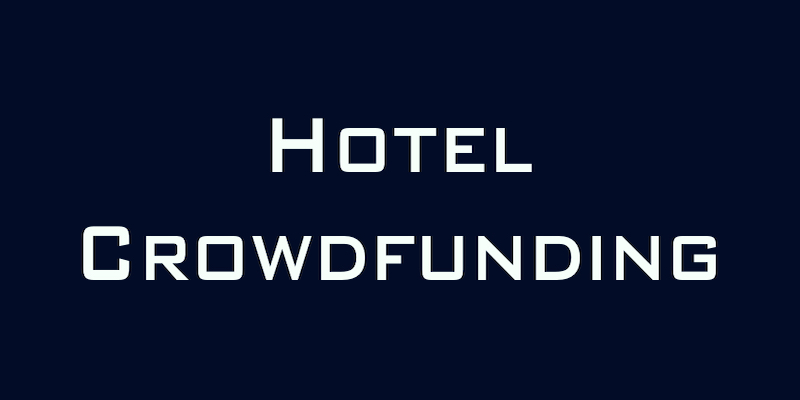 The online money-raising craze that made possible both the Pebble smartwatch and the Oculus Rift virtual reality system is now becoming a trend in the hotel hospitality industry.

Crowdfunding is being used to help raise funds to transform a historic building in San Francisco’s gentrifying Mid-Market neighborhood into a hip, high-tech YOTEL-branded hotel.

In a joint venture with a Kuwaiti real estate company named AQARAT, New York-based real estate investment firm, Synapse Development Group is spearheading the redevelopment of 1095 Market Street. If all goes according to plan, the antiquated office building will soon become a 203-room hotel—the city’s first financed via crowdfunding and located just blocks from the headquarters of tech heavyweights Uber and Twitter.

“We thought crowdfunding a small portion [10 to 15 percent] of the equity on this deal would fit with the ethos of the neighborhood, given the demographic of the young, millennial, tech-heavy crowd that is there day-to-day,” Justin Palmer, Synapse’s CEO, told CNBC in an interview last week.

“It’s a good way to encourage local buy-in on the project,” said Palmer. “These people can reap investment benefits as owners and also actually visit the property, go to the restaurant, the roof top bar and get owners’ discounts on room rates.”

How to build a hotel through crowdfunding

Synapse isn’t the first company to crowdfund a hotel, however. In 2014, the Hard Rock Hotel in Palm Springs used the platform to raise $1.5 million to help refinance and renovate the property. For a minimum investment of $10,000, individuals became equity owners and received a package of VIP guest perks.
Real estate crowdfunding site RealCrowd is hosting the YOTEL San Francisco offering, which is open to accredited investors. In addition to equity ownership, investors are being offered Kickstarter-type perks, such as t-shirts, annual parties and personalized perks at investment tiers starting at a minimum of $25,000.

“They’re trying to marry the concepts from the last generation of crowdfunding, when you were just a supporter to being also an owner,” said Mitch Roschelle, partner and real estate advisory leader at PwC, “but there are a lot of complicated security laws you need to deal with.”

A lot of those security laws are still quite new, dating back to the Jumpstart Our Business Startups (JOBS) Act, which was signed into law in April 2012. That eased some fundraising and advertising restrictions for small companies.

With real estate crowdfunding growing globally, from $1 billion in 2014 to a projected $2.5 billion in 2015, Roschelle thinks it’s a growing trend — and one that makes sense for hotels.

“A lot of crowdfunding has been in the intellectual property space, for movies and start-up businesses,” said Roschelle. “It was inevitable that crowdfunding would make its way to properties where investors could visit or even stay at the very place they funded.”

According to Crowdnetic, which tracks crowd financing, since September 2013 there have been over 300 securities-based crowdfunded real estate development and investments offerings out of 6,260. Twelve of those have been for hotel properties.

Of that number, “10 … have been successful, and I would not be surprised if the early successful hotel offerings spurred other hotel and lodging properties to come on board with this still-new capital-formation tool,” said Janet Rosenblum, Crowdnetic’s director of research.

Synapse’s YOTEL underscores how the real estate industry is grappling with major changes in how to build and finance projects.

“With technology and the regulatory changes, there’s been a transformational shift in how people manage their money,” said Adam Hooper , co-founder and CEO of RealCrowd, “We’re still building a stadium and I don’t even know if the game has started yet.”

One thought on “Hotels join the crowdfunding craze”